Debi Morgan, of Southern food blog Quiche My Grits, shared her recipe with Fox News. In her blog post, Morgan says that to make the best latkes, you should use "simple and traditional ingredients," including Russet potatoes and matzo meal.

She also said the most authentic latkes are made with hand-grated potatoes.

Though every family celebrating the holiday has its own recipe and preferences, Morgan says her latkes have a "crispy crust and a tender center."

To try it yourself, here’s the "Potato Latke Recipe" from Quiche My Grits. 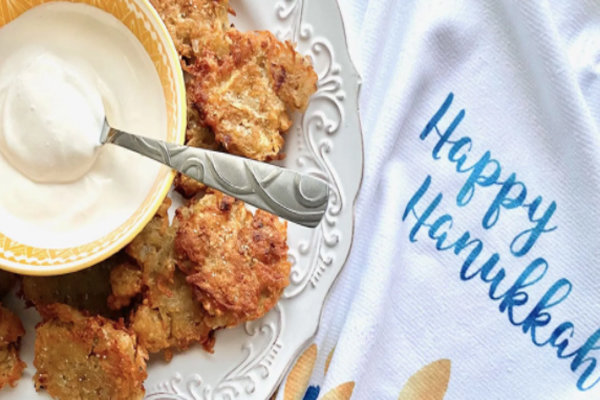 2. Grate potatoes over a bowl of ice water using a box grater with medium holes.

4. Put grated potatoes and onion in a thin dish towel and wring it into a large bowl. Squeeze the towel until there is very little liquid left in the potatoes.

5. Dispose of the excess liquid in the bowl but leave the white potato starch on the bottom.

6. Add grated potatoes and onions to the bowl with matzo meal, beaten egg, salt and pepper. Mix until blended.

7. Heat a shallow amount of oil in a cast iron skillet over medium heat until a small amount of flour sizzles when added to oil.

8. Using a tablespoon, drop a heaping spoonful of batter into oil and press it down with the back of the spoon to make a flat pancake.

9. Fry latkes until crispy and golden brown; about 3 to 5 minutes per side.

10. Transfer to a wire rack to drain, then keep warm in a 170 degree oven until ready to serve.

11. Serve with sour cream or applesauce and an extra sprinkle of kosher salt.

Previous：The most popular Thanksgiving side dish in every state